Experiential journeys will make you a storyteller 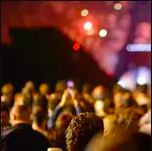 Located in Uttarakhand, to the north of India, Kanatal is a hill station frequented for its pristine beauty and adventure activities. The scenic destination is in close proximity to major tourist destinations like Delhi, Mussoorie, Chamba, and Rishikesh, which makes Kanatal the perfect weekend getaway for locals and tourists alike! Given that the town is perched at a height of 8500 feet above sea level and is resplendent with the magnificent Himalayas and deep valleys, it is undoubtedly a piece of paradise for photographers and nature lovers. But that’s not all there is to Kanatal.

The hill station offers some wonderful sightseeing, like the historic Surkanda Devi Temple which weaves with it a tale of Lord Shiva and Goddess Sati. A trek to this beautiful attraction is a must, especially when it snows and the hill station is a vision in white! The Kodia Forest and the Eco Park are must-visits too, especially if you enjoy lounging in the lap of Mother Nature and are an animal enthusiast. You’re sure to spot some wild boars and goral here. When making your way around the town, don’t forget to stop by and admire the allure of the Tehri Lake too.

If you’re looking for exciting activities, Kanatal is the place to be. Right from the local Tehri Lake which offers boating on its calm waters amidst lush greenery, to New Tehri which is home to an unmissable jet-skiing experience, Kanatal has a host of adventures to look forward to. Most tourists flock here to experience pleasant camping trips, bird watching and star-gazing, and trekking to picturesque destinations. A short distance away is Shivpuri, popular for river rafting.

The mystical magic of Kanatal is truly witnessed at the onset of winter when the festival of Dussehra coincides with the snowfall. The celebrations are worth being a part of, and the chilly weather makes for an exemplary holiday experience!

Being the only planned city there, New Tehri is one of the top places to visit in Kanatal. Home to the Tehri Lake and Dam, the city prides itself in owning one of the largest hydroelectricity projects in the world. The Bhagirathi and Bhilangana Rivers merge here to form the manmade Tehri Lake Reservoir, which, with its emerald colour makes for a beautiful sight. Temples like the Chandrabadni and Sem Mukhem Temple dot the city. New Tehri is where classic meets contemporary, where at one end lies Old Tehri, submerged in water, and the other end is abuzz with water and aerial activities.

Dedicated to Goddess Durga, the Surkanda Devi Temple is a 3 km walk from the village, Kaddukhal. Legend has it that when Goddess Sati died, her husband Lord Shiva carried her body back to Kailash, which is when her head fell at the spot where the temple was then erected. Thus, the name Sirkandha was derived, which over the passage of time is called Surkanda. This ancient site is surrounded by lush greenery and a panoramic view of the breathtaking Himalayas!Pilgrims from all over flank this holy spot during Ganga Dussehra and Navratri, the array of colours and lights making the celebration worth witnessing!Timings: Summer - 05:00 am to 07.00 pm/ Winter - 07:00 am to 05.00 pmLocation: Chamba - Mussoorie Road, Saklana Range, Uttarakhand 249145, India

One of the most prominent tourist places in Kanatal, Tehri Dam, at an astonishing height of 260 metres, is the tallest dam in India and among the tallest in the world. The destination is flocked by travellers and adventure junkies all-year-round who engage in sports like paragliding, jet skiing, and the tourist-favourite, Banana boat ride, among others. It is also flanked by globetrotters who enjoy a unique stay offered by houseboats and floating huts built on the adjacent Tehri Lake. Apart from being just a pretty spot, Tehri Dam also harnesses more than 1,000 MW of hydroelectricity supplied to the city, thereby serving a good purpose. Location: New Tehri, Uttarakhand 249001

A picturesque hill-station within Kanatal, Dhanauti boasts of abundant grasslands, towering trees, spectacular vistas of the Himalayas and scenic trails, making it one of the prettiest places to visit in Kanatal. Being in close proximity to other cities of Uttarakhand, Dhanauti also makes for a perfect weekend getaway. During winters the town is covered in a blanket of snow, with icicles falling from the branches of trees. In summers, Dhanaulti boasts alpine forests, rhododendrons, lush deodar and oak trees in its Eco Parks. Trek to Thangdhar nearby, and treat yourself to a wonderful camping experience. Don’t forget to stop by for some souvenirs, especially the handicrafts and rich weaves Dhanaulti is known for!

Flowing gently at an elevation of 1700 metres, Tehri Lake is an artificial reservoir built alongside the Tehri Dam to divert the water from Kanatal’s Bhagirathi River to fill the reservoir. Apart from being a beautiful visual, Tehri Lake is an adventure destination for thrill-seekers owing to the adrenaline-pumping water and aerial sports the destination offers. In an attempt to encourage tourism, the lake is bustling with activities ranging from kayaking to boating, water skiing to scuba diving, and even some unique activities like canoeing, water zorbing, paragliding and hot air balloon rides. If you aren’t an aquaphile, don’t fret, for the picturesque lake is enough to bring a smile to your face. Location: Koti Colony, New Tehri

Places to visit in Kanatal are many, but there’s nothing like the spotless Kaudia Forest. Kaudia is great for picnics, bird watching, nature photography, and hiking. The dense, serene forest opens up to breathtaking views of steep hills and valleys as you walk through the greenery, natural springs gurgling along the sides. You can explore the forest by opting for a Jeep Safari from Kanatal to Kaudia, with prior permission. This ride will introduce you to wildlife that inhabits the forest, and is a great photo opportunity for enthusiasts. Kaudia is also considered a great picnic spot, so if you’re travelling with friends and family, make sure to carry along a few snacks, take a break from all the activities and just breathe in the beauty around!Timings: 9 am to 5 pmEntry Fee/Price: Rs. 20 per personLocation: Kanatal, Kaudia Range, Uttarakhand 249130

Shresthi Sharma Kanatal Trek with Camping | Book & Get 1000 Cashback!
Excellent
The good package offers by Thrillophilia, it is a complete package as on this tour we get to expereince about camping, trekking and lots of adventure activity as well... Well-maintained and organized tour... No regret you can take this expereince
06 January 2019
Dayamayee Joshi New Year & Christmas Bash in Kanatal with Adventure Camp
Excellent
One of the best new year party and experience of my life. Everything was very well arranged and the campsite was very neat and clean. Staff was very polite and helpful. We danced a lot on the tunes of Dj and also we burst some crackers to welcome 2019. Friends, nature, music, mountains new year can't be better than this.
Ekdant Jain New Year & Christmas Bash in Kanatal with Adventure Camp
Excellent
I went to this amazing campsite location last year (2018) on New Year with my friends. Everything was included in the package from food to comfortable stay to music to the bonfire to adventure activities. Enjoyed a lot and made my new year a memorable one. I couldn't have asked for such an amazing and rocking New Year. All thanks to Thrillophilia and the team. Looking forward to more such tours.
02 January 2019
Bhudev Banerjee New Year & Christmas Bash in Kanatal with Adventure Camp
Excellent
This camp was really special for me, we really had a great time. December was the perfect time to do camping in Kanatal, the location of the campsite is beautiful, the DJ was amazing and the food was delicious.
04 January 2019
Amritambu Kocchar New Year & Christmas Bash in Kanatal with Adventure Camp
Excellent
Every year me and my friends we went for some New year Party in any club or something like that this year we planned to do something different for New Year 2019 while looking for options we came across this Trek and adventure camp, So we booked the package from Thrillophilia and we had one of the most memorable and amazing New years, We had so much at the campsite, We even did activities like Zip-lining, Sky bridge, Skywalk, and Valley crossing. The firecrackers at midnight was so beautiful and mesmerizing, The hills looked so beautiful, The DJ was fantastic and the food was so delicious. Thanks, Thrillophilia
18 January 2020
Shiv Sethi Kaudia Estate, Kanatal | Book Now @ Flat 36% off
Excellent
Excellent stay!!! We love the Kaudia Estate, the location was easy to find and very beautiful also. The room was so beautiful with many facilities, The food there was good and served on-time. The service was good with priority entry and the staffs were friendly. We enjoyed campfie at night. A good place to spend and relax with family and friends.
30 December 2019
Adripathi Dutta Kaudia Estate, Kanatal | Book Now @ Flat 36% off
Excellent
The view from the resort was amazing. Clouds floating everywhere, we are actually grateful that we have booked this amazing resort for our weekend trip away from city's hectic life. We wanted to go to a calm place and nothing can be better than this choice made. Had a good yoga session to calm our mind and souls. Forest hike was a memorable trip with our so friendly and entertaining guide. Thanks to Thrillophilia for providing us complimentary activities with the stays.
Tanushri Pothuvaal Kanatal Trek with Camping | Book & Get 1000 Cashback!
Superb
It was my first time, but the experience was great as both days and night were full of enjoyment there.
Chaten Kakkar Dehradun to Kanatal Transfers Flat 17% off
Superb
The car provided to us was comfortable and clean. The driver picked us up on our desired time and he was well known about the city and helped us pick up the places to visit there. It was a great transfer service and completely hassle-free.
Draupadi Khanna Dehradun to Kanatal Transfers Flat 17% off
Excellent
We reached Kanatal via the fastest route and throughout the 3-hours drive, we had so many beautiful mountain views to see in between.

More Things to do in Kanatal

Popular Nearby Places Around Kanatal

Places To Stay In Kanatal Events In Kanatal Things To Do In Kanatal Kanatal Rentals Kanatal Tour Packages Places to visit in Kanatal
Thank You!

Your enquiry has been received successfully. Our destination expert will reach out to you soon!