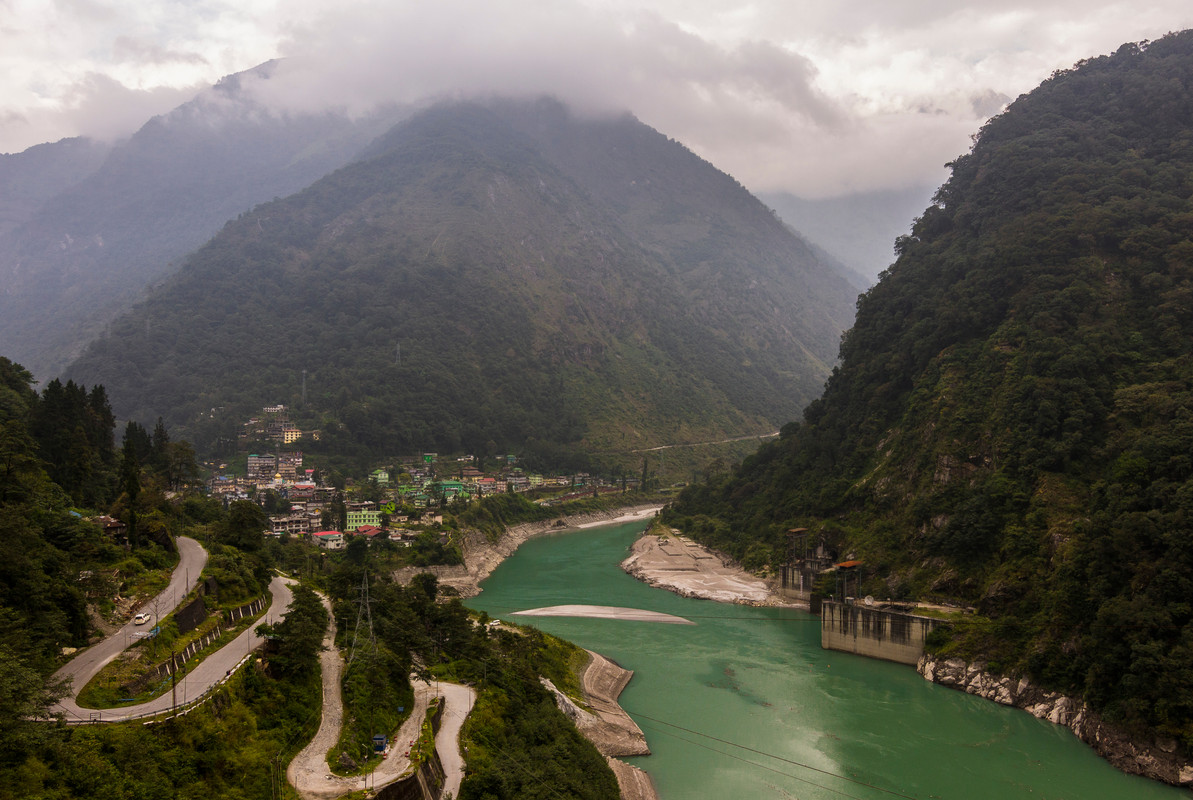 The summer season that extends from the month of March to the month of June in North Sikkim can be considered as pleasant as the landscape of the state blossom with colorful flowers and plants. Summer is a true delight as you can indulge in loads of activities like sightseeing tours, trekking expeditions, and much more. It would be the best time to capture the alluring landscape of the orchids and rhododendrons. You will find the daytime North Sikkim Temperature bit warm but the nights are comparatively frigid.

To keep you comfortable all through the stay, you should carry some woollens as well to indulge in some of the night time activities. Tourists who are fond of adventures especially come over in the summer season to head out on long treks and enjoy camping on the rugged mountains. Many campsites welcome travellers from various parts of the world in this phase of the year where you can spend time like the locals and learn more about the culture of North East India as the North Sikkim Temperature is very moderate and comfortable. 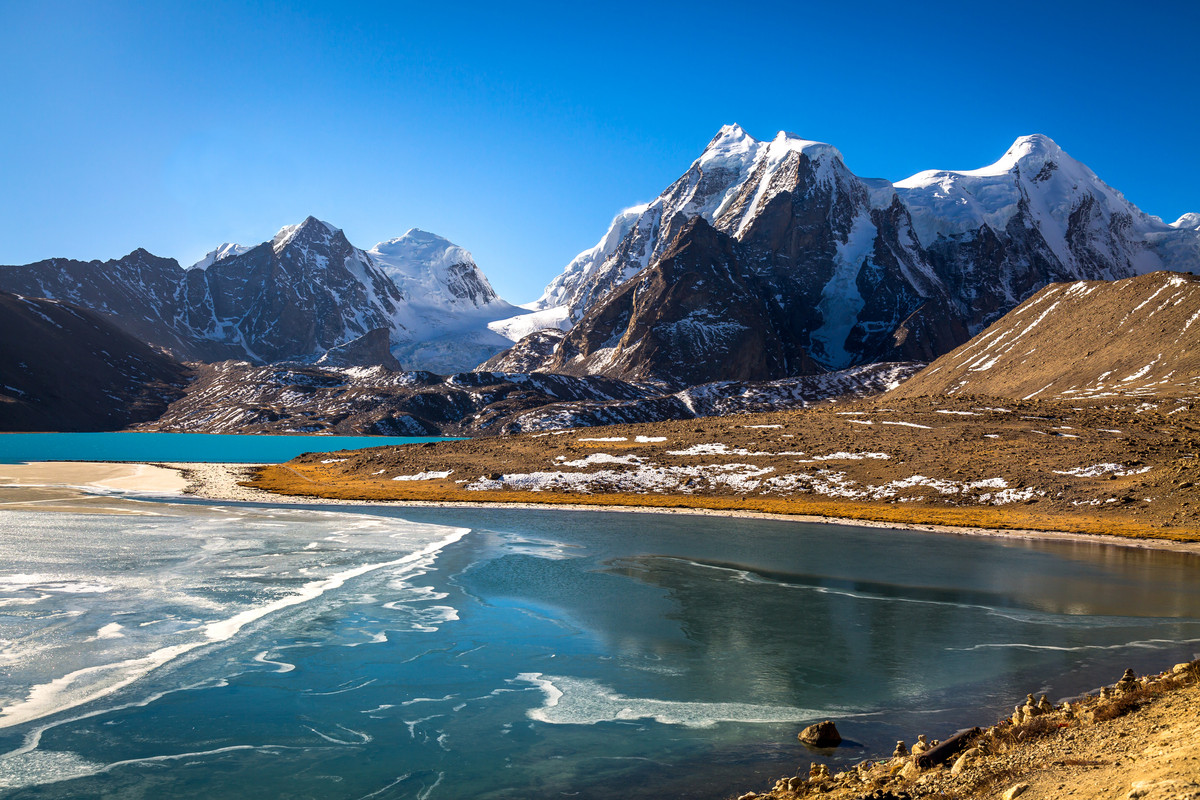 North Sikkim has got a rocky monsoon season that is bombarded with very heavy rainfall and thunderstorms. All this is more than enough to make the monsoon tourism happening for adventure seekers. The month of July faces the highest rainfall and the continuous downpour brings down the North Sikkim Temperature after the summer season. The heavy downpour through the state brings the mystic charm back to the  majestic cascading waterfalls. 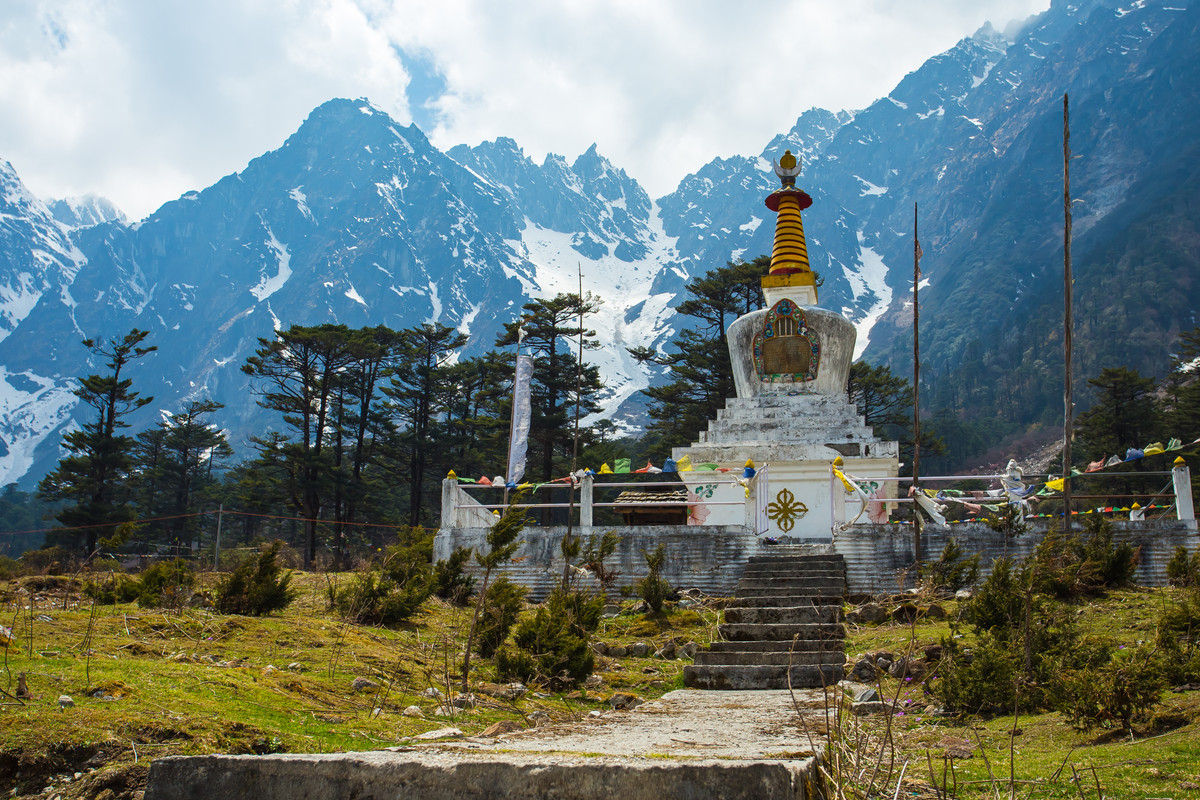 North Sikkim has got a distinctive Autumn season which is considered to be one of the important seasons for festivals like Dussehra, Diwali, and Lhabab Duchen in the state. The Autumn season in Sikkim is considered to be the perfect time for taking part in various adventure based activities like hiking and trekking after the monsoons and just before the winters. Autumn season is the time when your cherry blossoms are in full bloom in the state and you will be able to capture some of the enchanting views of nature. 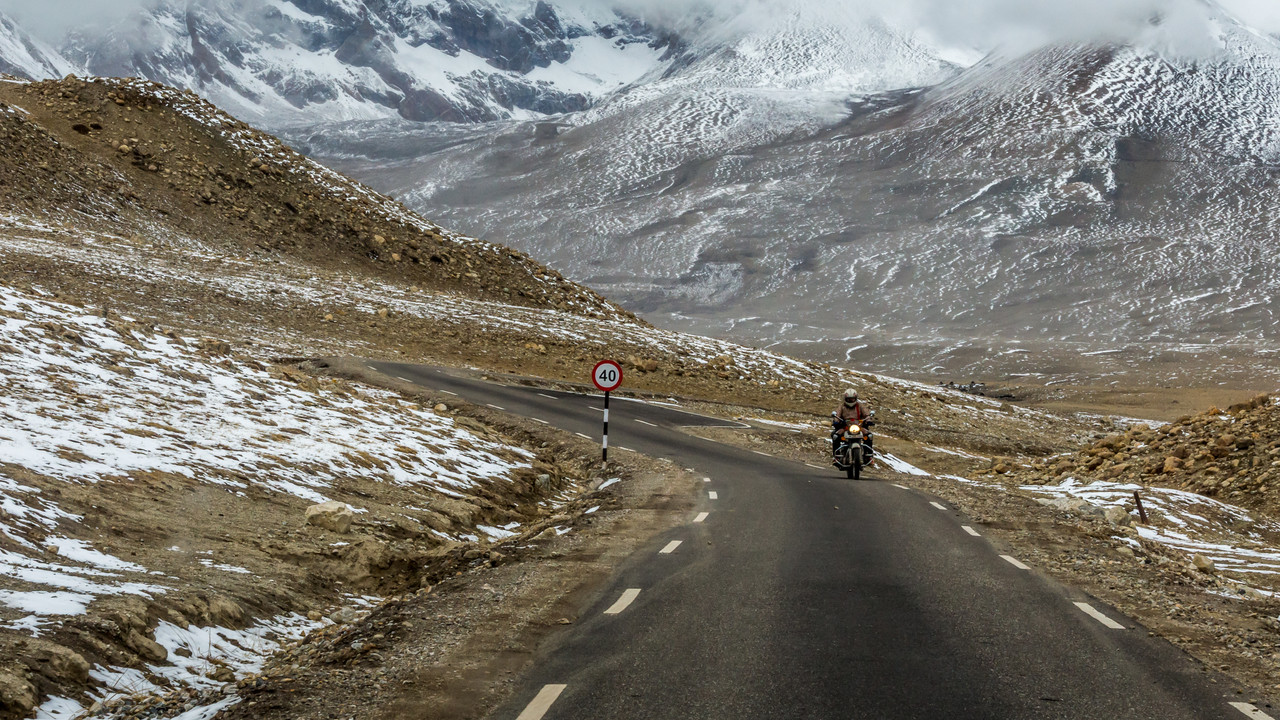 North Sikkim experiences the winter season from the month of October to the month of February. The North Sikkim Weather at times turns out to be unbearably cold and Sikkim receives continuous snowfall and freezing temperatures. This is the reason, North Sikkim is only visited by adventure seekers during the winter months to indulge in some of the snow based activities. The winters escalate the untouched natural beauty of the area and you will find the roads, lands, and fields covered with a thin sheet of snow.

During your trip, you will also get to see a number of snow capped mountains as your perfect and constant companion in the backdrop. Another main attraction that is brought into being in the winter months are frozen lakes which add to the entrancing beauty of the hills. You would also need to be a bit careful while moving from one place to another as you might face road blockades due to landslides and storms.

5. Best Time and Weather To Go For The North Sikkim 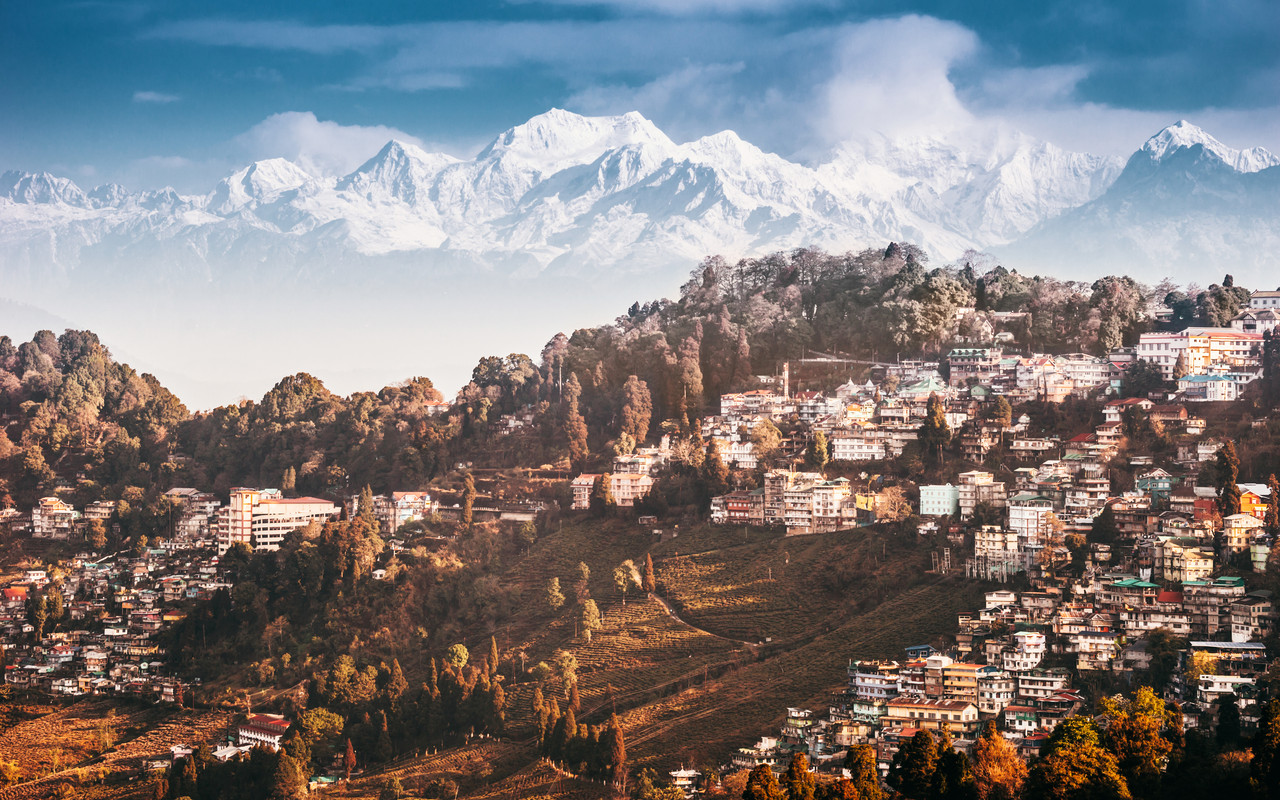 The best time to visit North Sikkim would be from the month of May to the month of September. Sikkim mainly remains cool all through the year but in this time of the year you will find the North Sikkim Weather just perfect for those sightseeing tours as well as outdoor activities. North Sikkim experiences mild to heavy rainfall during the months of July and September which plays an incremental role in making the region spectacular. You will surely be able to enjoy the pristine natural beauty all around.

Apart from all these, you can also decide the best time to visit Sikkim as per your tour itinerary and North Sikkim Weather. If you love trekking and other adventure stuff, then you should visit the state during summer months of April and May, if you love to relax in the middle of the bountiful beauty, then you can come here during the Autumn month of September and October, and if you wish to experience the freezing winters to indulge in winter sports, then you can come over during the month of December and January.

Nested in the northern part of Sikkim, Yumthang Valley is also nicknamed as the 'valley of flowers' (not to be confused with the Valley of Flowers in Uttarakhand). It is perched at a dizzying altitude of 3,500 meters, and unmistakably one of the most scenic places to visit in Lachung. True to its assigned nickname, Yumthang valley fosters countless floral species which criss-cross all across its lush green carpet. The valley also houses the beautiful Shingba Rhododendron Sanctuary, hosting over 24 different species of rhododendrons! The verdant pasture that is Yumthang valley is lapped by mighty mountains on either side, and the freezing river Teesta forms a crystal ribbon through the forested beauty of the valley.Location: North Sikkim District, Gangtok, Sikkim 737120Distance from Lachung Bus Stand: 25 kmFrom gushing waterfalls to sprawling forests, from solitary monasteries to austere mountains, Gangtok offers a range of awe-inspiring things to do for visitors

Another one of the most beautiful tourist places in Lachung, the stunning Chopta valley is wrapped up in North Sikkim. Sitting about 2 hours away from Lachung, and beautifully en route Gurudongmar Lake, Chopta valley reigns at a staggering 4,000 meters above sea level. During summers, the entire valley is bathed in a stunning medley of colours due to the presence of beautiful alpine flowers that it is home to. Winters turn the entire place into a picturesque wonderland, layered by a thick carpet of snow. The tree line begins to fade from here, and the dominion of shrubs is evident. Beyond the valley, the land becomes completely devoid of vegetation, and the lofty mountains begin to rise. The aroma of the flowers merges will the cool breeze from the mountains to render you truly speechless. Location: North Sikkim District, SikkimDistance from Lachung Bus Stand: 30 kmExplore the scenic beauty of North East India with the most awe-inspiring activities and tourist attractions with Gangtok Tour Packages.

Yumesamdong, otherwise known as Zero Point, is one of the most frequented tourist's places in Lachung. It is located about 15 km away from Yumthang and sits at a mind-numbing altitude of 4,724 meters. Zero point marks the edge of civilization, and the road comes to a dead end here. The vicuna China border is just beyond Zero points, though no tourists are allowed there. Despite the treacherous roads, Yumesamdong brings you exceptional rewards! Treat your eyes to the confluence of three magnificent rivers, flanked on either side by enormous, snow-clad peaks. While yaks often graze here, the land is nearly competent devoid of vegetation. The place sits beneath thick, powdery snow, and brings extremely cold weather conditions. But there’s a great respite in the form of Hot Springs by the river Sebu Chhu! Location: Sikkim 737120Distance from Lachung Bus Stand: Approx. 50 km

Popular Nearby Places Around Sikkim

More Things to do in Sikkim

Sikkim Tour Packages Places To Stay In Sikkim Things To Do In Sikkim Places to visit in Sikkim
Thank You!

Your enquiry has been received successfully. Our destination expert will reach out to you soon!